Our Cardio Care Essentials is on Sale! 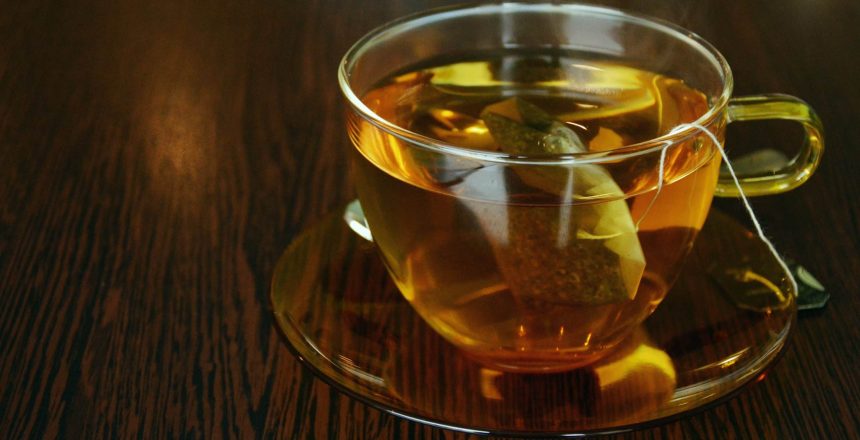 Could Green Tea be one of the Healthiest Drinks on the Planet?

Actually, Yes! Research into the advantages of drinking green tea suggests it could be.

With water being the first, tea is the second most popular drink in the world. In America last year, they served up more than 84 billion servings of tea, equating to roughly 3.8 billion gallons overall. According to the U.S Tea Association, green tea consumption makes up approximately 1 in every 4 cups of tea.

Read on to learn more about the incredible health benefits of Green Tea, and get a better understanding of why green tea sales are booming.

A little History of Green Tea

The origins of green tea date back to 2737 B.C in China, when the accidental discovery of green tea took place. This landmark discovery was made by a Chinese Emporer, who accidentally drank some boiled water with a dead tea leaf inside. Because of the taste, and how refreshing the tea tastes, a new type of drink was created, with untold benefits, that at the time where completely unknown and unexpected.

It was only during the late 14th century that green tea went through more widespread adoption and became more readily available to the general public. Initially, it took some time to arrive in the western world, happening only at the turn of the 19th century. Consequently, green tea also has a nickname of ‘bullet tea,’ due to the shape of the packaging used for its transportation.

In recent years, the popularity of green tea for health and wellness has soared. In addition to the enormous range of flavors of green tea, it delivers a powerful punch of antioxidants along with some other very valuable nutritional benefits as well.

#1 Helps You to Stay Alert

One of the most active ingredients in Green Tea is caffeine. So, it should come as no surprise at all to learn that a single cup can help your brain focus on things more clearly, and keep you feeling more alert, for longer.

Some of the other benefits of caffeine are known to boost your brain’s reaction time, vigilance, memory, and mood. Moreover, they help the brain perform optimally. Green tea also comes into play by protecting the brain during old age. For instance, many studies support the protective effects of this drink, due mostly to its high antioxidant content, which is also known for its protective effects of the neurons in the brain.

#3 Instil a Sense of Calm

Unlike coffee, green tea offers a particular richness of ingredients; this comes in the form of the amino acid L-Theanine. This substance is found naturally in Green Tea and known for helping to reduce stress, alleviate anxiety, and improve the quality of one’s sleep.

#4 May Reduce the Risk of Specific Types of Cancer

Fundamentally, cancer is the uncontrollable growth of cells in a person’s body. Oxidative damage is a significant contributor, along with diet, genes, lifestyle, and more. However, as green tea will naturally boost levels of antioxidants, they are also effective as a direct method of dealing with cellular damage from oxidative stress; something which is strongly connected to the disease.

Colorectal Cancer – A study into the impact of green tea showed that participants who drank the tea were almost 40% less likely to develop this type of cancer.

Prostate Cancer – In this study, there was evidence to suggest that men who drink green tea have a 48% lesser chance of developing this cancer.

Breast Cancer – Overall, it has been found that women who drink green tea have a 20-30% lower risk of developing this type of cancer.

There is more research underway into the effects of green tea on cancer, but the results from all studies are exceptionally appealing. Additionally, this research only supports the use of green tea in a person’s regular daily regime.

Because green tea contains several bioactive substances that can help you burn more calories, (even when you’re resting); it is an excellent addition to any daily regime, especially if you are trying to lose weight. In fact, the simple act of switching out any one of your favorite daily drinks with green tea can have visible effects over just a short period.

By its weight alone, green tea consists of 30% polyphenols. These are powerful, yet naturally occurring antioxidants. Green tea also has a substantial mineral content too, making it unquestionably rich in antioxidants. These compounds fuel our bodies and give them the ability to combat a range of diseases and conditions. For instance, based on several medical studies into the effects of green tea, the evidence suggests that those who drink it could have a 31% lower risk of developing cardiovascular disease.

Green Tea contains something called Catechins, which are known for their bacteria-fighting properties. What most people don’t realize is that it is a build-up of bacteria that leads to tooth decay and cavities. Green Tea can also help to prevent viruses, and thus lowering your risk of getting an infection, and it will also help you combat any issues with bad breath.

#8 Could Lower the Risk of Type 2 Diabetes

Diabetes is now classified as an epidemic disease, impacting over 500 million people across the globe. The disease itself is brought on by having high levels of blood sugar, whether that be from an inability to produce insulin or due to the development of insulin resistance.

Green Tea is the subject of much research, not least for its ability to improve insulin sensitivity. Consequently, it has also been a topical subject of science, with evidence to suggest that people who consume green tea are up to 40% less likely to develop the disease.

As you can see, the benefits of green tea can help you to lead a healthier and longer life. Above all else, it will enrich the quality of your life by naturally boosting your energy levels. In addition, when consumed daily, it will automatically add more disease-fighting antioxidants to your system, which can also impact the health of your heart along with lowering your risk of developing chronic diseases.

Spread the love
PrevPreviousAre You Toxic?
NextFoods That Boost Your BrainpowerNext